TWO rowdy pilots have been suspended after getting into a mid-flight brawl in the cockpit.

The Air France pilots reportedly exchanged blows after one refused to follow orders on the flight from Geneva to Paris.

Shortly after take-off, one of the pilots reportedly slapped the other after a disagreement.

The pair then grabbed each other by the collar before one of them chucked their briefcase in the face of the other.

Flight attendants heard the blazing row from the cabin and stepped in to split them up, La Tribune reports.

A member of the cabin crew was forced to spend the rest of the flight sitting behind the disgruntled pilots to stop the fight kicking off again. 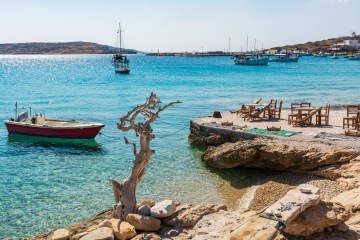 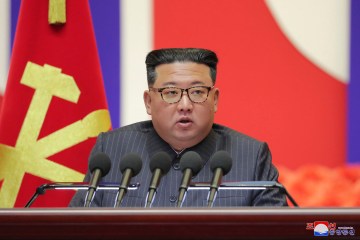 A spokesperson for Air France described the cockpit brawl as “totally inappropriate behaviour”.

The airline confirmed there was a “dispute” with an exchange of “inappropriate gestures” during the incident on the Airbus A320 last June.

But they said the “incident ended quickly without affecting either the conduct or the safety of the flight which continued normally”.

The pilots have been suspended while they are being investigated, according to a report by France’s civil aviation safety investigation authority.

In 2018, two Iraqi Airways pilots were also suspended after coming to blows over a food tray at 37,000 feet.

The plane was on its way to Baghdad from Mashhad in Iran when it ended in chaos as the captain and first officer scuffled in the cockpit.

The Air France incident comes as the airline has reportedly seen increased scrutiny for safety malpractices over the past few months.

Civil aviation safety investigators found the airline has violated safety procedures on several occasions — including a 2020 flight where it was found that the airplane’s tank was short 1.4 tonnes of fuel.

Air France responded to the report by promising to carry out a safety audit and to strengthen post-flight analysis.

It comes as the Paris-based airline and Airbus are facing a manslaughter trial for a horror jet crash which killed 228 people including five Brits.

Flight AF447 plunged into the Atlantic – during a flight from Rio to Paris – after pilots panicked and failed to deal with malfunctioning equipment during a storm on June 1, 2009.

A combination of technical failure involving the jet’s sensors and the pilots’ inability to react to the plane stalling led to it plunging into the sea at a speed of 11,000ft per minute, French investigators later concluded.

While the pilots had been confused by faulty air-speed readings, they mistakenly pointed the nose of the plane upwards when it stalled instead of downwards.

Undersea equipment including remote controlled submarines took two years to find the wreckage of the Airbus A330 at a depth of 13,000 feet.

An enquiry led investigators to conclude the crash was caused by Air France pilot error, and technical problems with the Airbus.