TURKEY: Roundtable puts the spotlight on women in Syrian media 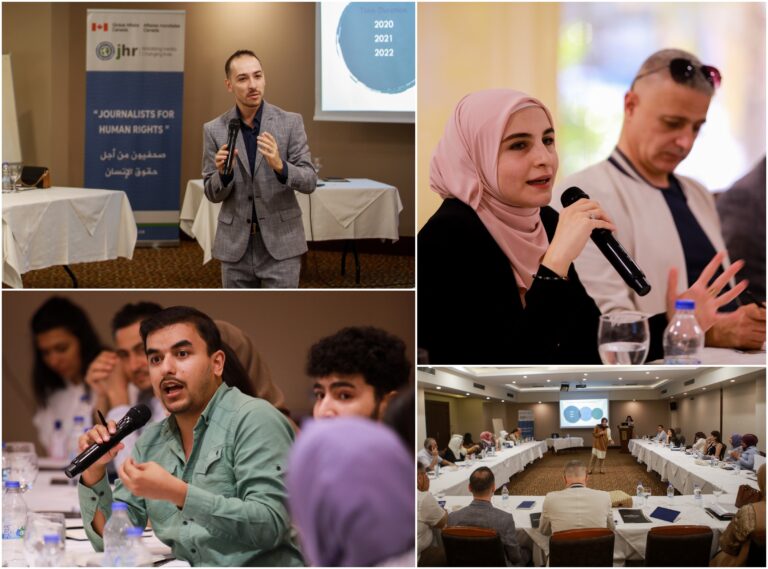 Funding limitations and conservative social norms were identified as key reasons for the continued low participation of Syrian women in diaspora media in Turkey at the latest JHR roundtable, held in Gaziantep on August 9.

Twenty-eight representatives of Syrian media outlets and decision-makers took part in the discussion on improving women’s representation in newsrooms; the Syrian-Turkish Committee and the Syrian Human Rights platform were among the notable attendees.

At the event, participants said that short-term projects have not had a sustained impact on the Syrian media landscape, and a dedicated funding commitment is needed to see change. The role of social sensitivity and traditions in the Syrian community was also discussed.

Experts agreed that more research and media surveys are needed to develop a more comprehensive understanding of the issue, and JHR was asked to extend its support by helping improve the criteria of media production and create gender-sensitive content.