TikTok birth control advice videos rack up millions of views. Experts warn not to trust them 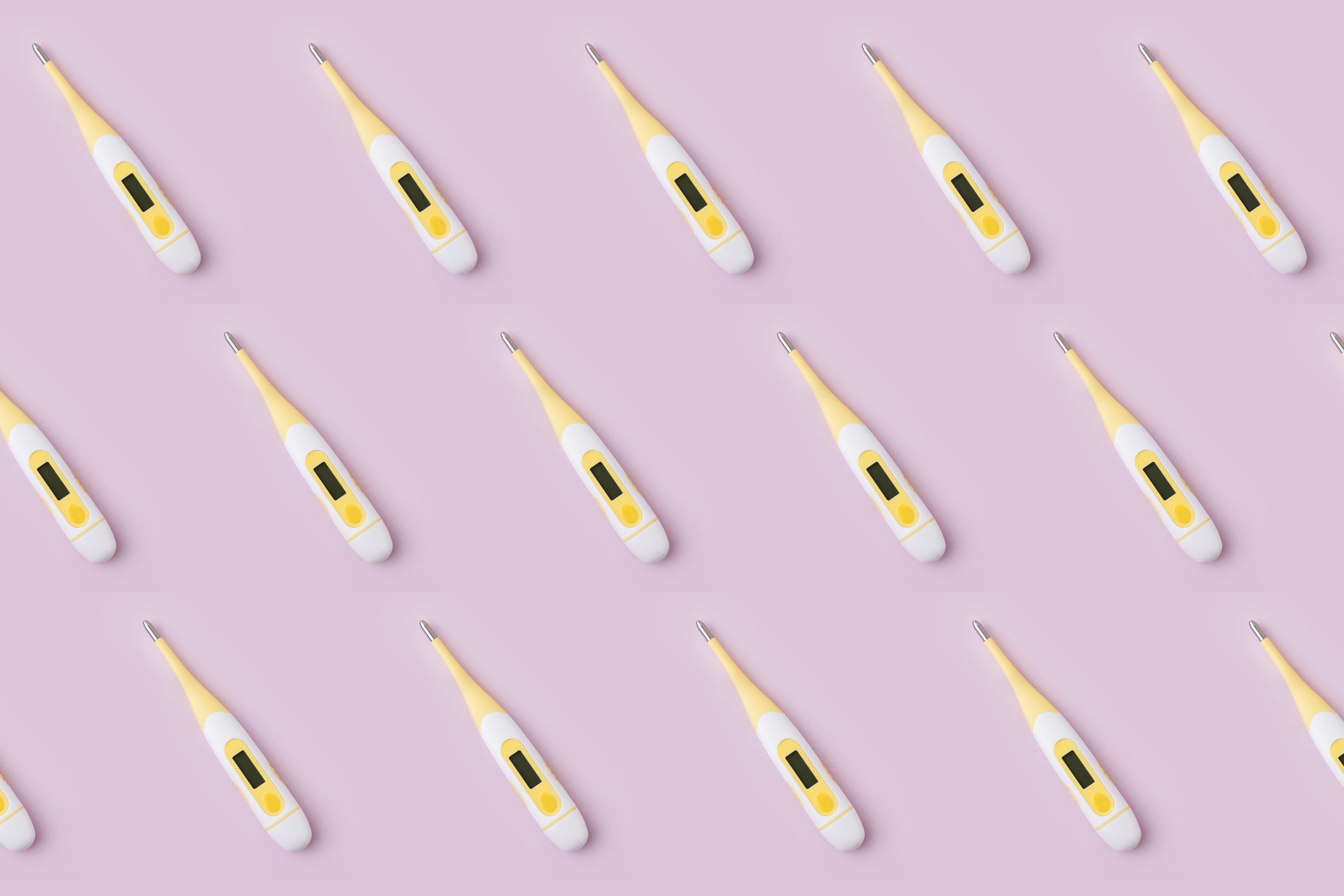 Millions are turning to TikTok for advice on preventing pregnancy without hormonal interventions like the pill—but the social platform is rife with misinformation and experts are warning that it’s an especially dangerous moment for American women to take birth control advice from unvetted sources.

Interest in content that discusses fertility awareness methods (FAMs) of birth control—techniques that avoid unplanned pregnancies by abstaining from sex or using other forms of contraception around the time of ovulation—has soared on TikTok, with search terms associated with FAMs scoring millions of clicks on the site.

The boom in interest worries many reproductive care experts, however, who say that after the Supreme Court’s recent overturning of Roe v. Wade, the landmark ruling that made abortion access a constitutional right, women who turn to social media are putting their health at even more risk than in earlier times.

With individual states now able to further restrict abortion access, the concern is that women who don’t receive correct information on FAMs could end up inadvertently falling pregnant and being forced to carry to term.

“Speak to someone who is well versed in reproductive health, and that is obviously not an influencer on TikTok,” said Kimberly McFerron, head of birth work at pregnancy and women’s telehealth clinic Ruth Health. “With how threatened reproductive rights are here in the U.S., [getting FAMs wrong] becomes an astronomical issue very, very quickly.”

Unlike hormonal birth control—which has been linked to side effects like acne, headaches and weight gain—FAMs have no physical side effects.

There are three main ways women who opt to use FAMs can track their ovulation, according to Planned Parenthood: recording their body temperature every morning before getting out of bed, monitoring their cervical mucus, and tracking their menstrual cycle.

Generally, medical practitioners advise that two or more of these methods should be used in conjunction with one another to increase efficacy. When multiple FAMs are combined, it is called the symptothermal method.

According to the British National Health Service (NHS), if natural family planning is followed “consistently and correctly,” it can be up to 99% effective.

However, Planned Parenthood says that typically, FAMs are only around 76% to 88% effective, meaning 12 to 24 couples out of every 100 using an FAM will get pregnant each year.

“The better you are about using FAMs the right way—tracking your fertility signs daily and avoiding sex or using birth control on ‘unsafe’ days—the more effective they’ll be,” the organization advises. “But there’s a chance that you’ll still get pregnant, even if you always use them perfectly.”

Hormonal contraceptives, like the pill and injections, are up to 99% effective with perfect use, while condoms are 98% effective at preventing pregnancy.

‘I’ve never been on birth control’

Videos related to the search term “rhythm method” have been viewed almost 1 billion times on TikTok, while content related to the topic “fam birth control method” has racked up 3.1 million views on the short-form video platform.

“I am 24 years old, and I have never been on birth control, and I’ve only ever gotten pregnant when we were trying to get pregnant,” one woman asserts in a TikTok video that has been liked more than 20,000 times.

“There’s actually a very small window every single month where you can get pregnant, and that’s when you’re ovulating, it’s called your fertile window.”

She goes on to tell viewers that hormone-free family planning is “a lot easier than you might think.”

“All you have to do is track your cycle, find out when you’re ovulating and be a lot more careful when you’re fertile,” she says. “You can take your body basal temperature, take ovulation tests and also just look at your cervical mucus. It is possible to not be on traditional birth control and not get pregnant.”

The woman who created the video did not respond to Fortune’s request for an interview.

Going hormone free isn’t straightforward. Various factors can make FAMs more or less effective—for example, sperm can live for several days in the right environment, and ovulation can happen on a different day in each cycle. Irregular menstrual cycles complicate the process, and healthcare providers generally advise taking several months to get to know your body before using a FAM.

‘A lot of misinformation’

Medical experts have warned that women may not be getting enough—or correct— information via TikTok.

Representatives for TikTok did not respond to Fortune’s request for comment.

Dr. Hiba Sher Khan, a clinician at British women’s health clinic Naytal, told Fortune that FAMs were “tricky” and not the form of contraception she would initially recommend to patients whose main priority was avoiding pregnancy.

“The FAM is generally only 76% effective, making it one of the least reliable forms of contraception,” she explained. “But with some careful planning, and if followed to a T, it can be 91% to 99% effective. So, my advice really depends on your personal preferences and beliefs.”

She added that she had noticed increased interest in FAMs, but said it was important for each individual to talk to a doctor to make sure they understood whether going hormone-free was or was not a suitable method of birth control for them.

“I think hormonal contraception unfortunately gets a bad rep and FAM is probably not well understood, since there is a lot of misinformation about both,” Khan said.

“Social media was never intended to be a platform for medical advice, so take what you see there with a pinch of salt. Everyone has different experiences and stories to tell, so only use social media as a springboard to find out more and seek personalized medical advice.”

Meanwhile, Kimberly McFerron of the pregnancy and women’s telehealth clinic Ruth Health warned that there was a steep learning curve when it came to getting FAMs right.

“It is not a thing you can just start doing next month if you want to do it successfully,” she told Fortune.

McFerron dubbed the rhythm method—a FAM that tracks the menstrual cycle to calculate when ovulation will occur—“outdated,” as it assumes all cycles last for 28 days and ovulation always occurs on day 14, neither of which are true.

Videos related to the term “rhythm method” on TikTok have had more than 905 million views.

“We also know that sperm life is very dependent on the environment it’s in, now we’re seeing that some sperm can live for up to 10 days, and so when we don’t provide all of that information to people and say ‘just practice the rhythm method, don’t have unprotected sex while you’re ovulating, it’s a small window,’ it’s misinformative and prevents a lot of opportunity for people to truly be able to make informed decisions over their bodies,” McFerron added.

“It then becomes a larger issue of perpetuating the idea that women only get partial information when it comes to reproductive education and reproductive rights, and it leaves us with this kind of situation we’ve been in for quite some time where we have to make these half-informed decisions.”

‘More dangerous than ever to get wrong’

McFerron’s colleague, Alison Greenberg, co-founder and CEO of Ruth Health, also weighed in, urging people to “think of TikTok as one voice among many.”

“Your provider will know your body best, I want to really encourage everybody to get input from a medical provider and not just from social media,” she said, then added, in a reference to the recent overturning of Roe v. Wade, “This is more dangerous than it’s ever been to get wrong [in the United States].”

According to the Guttmacher Institute, at least 43 abortion clinics across 11 states have stopped offering abortion care since Roe was lifted, a move the organization warns “will further deepen inequities in access to care.”

Since the Supreme Court overturned the ruling, lawmakers across the country have called for a tightening of abortion rules.

Oklahoma Attorney General John O’Connor recently issued guidance for law enforcement in which he said charges should be brought against those who perform elective abortions, while Virginia Governor Glenn Youngkin reportedly said in June that he would “happily and gleefully” back any bill that would protect life—which he believes begins at conception.

Last month, Laura Huss, a researcher on abortion prosecutions in the U.S., told NPRthat with the lifting of Roe v. Wade, America is “likely to see more and more cases of abortion criminalization.”

For Greenberg and McFerron, the oversimplification inherent in short-form social media videos risked causing problems when dealing with the many-month project of learning to use FAMs.

“Planned Parenthood suggests a birthing person spends six months tracking their cycle—so that’s six months without sex because you’re just regulating and figuring out how the rhythm method applies to you,” Greenberg said. “Is everybody who hears about and engages with the rhythm method on TikTok going to spend six months getting it right? Probably not. And that’s where I think the caution has to be—are you willing to make that commitment?”

McFerron emphasized that the six-month suggestion was also for people who had regular menstrual cycles—for people whose cycles were irregular, the suggested learning period would be even longer.

Dr. Elina Berglund, co-founder and CEO of Natural Cycles—an app that uses an algorithm to track women’s fertile windows—told Fortune it was important to be aware that “not all fertility awareness methods are created equal.”

“As with any form of birth control, it’s important to understand how it works, its effectiveness, and most importantly—how to use it correctly to maximize effectiveness,” she said. “Natural Cycles uses body temperature and other fertility indicators to confirm ovulation—not just predict as the rhythm method does, and more importantly, reduces the risk of human error.”

Berglund said the top reason women were turning to FAMs was a desire to avoid the side effects that hormonal birth control could trigger.

Nicole Bendayan, founder of The Sync Society Academy, creates fertility awareness content for TikTok. She has more than 808,000 followers on the platform, and her videos have 6.2 million likes.

She told Fortune that after being on hormonal birth control for almost a decade, she developed a series of negative side effects—but said these were dismissed by four doctors within three years.

“Once I decided I needed to stop hormonal birth control, my symptoms went away and I began doing research on it,” Bendayan said. “I found every one of my symptoms was a proven side effect of the birth control that I was on. I also discovered that I was only actually fertile about seven days of the month and that I could avoid pregnancy by understanding the signs that my body was giving me.”

Bendayan, who describes herself as a holistic menstrual health educator, said she decided to start her company to ensure women could make informed decisions when it comes to health and reproductive choices.

“I would only ever recommend using the symptothermal method and that is what I teach to women,” she said. “Unfortunately, not all natural family planning methods are created equally, and short form video format can often lead to misinformation or missing information and end up misleading viewers.”