Thermaltake’s swappable fans solve a problem no one has 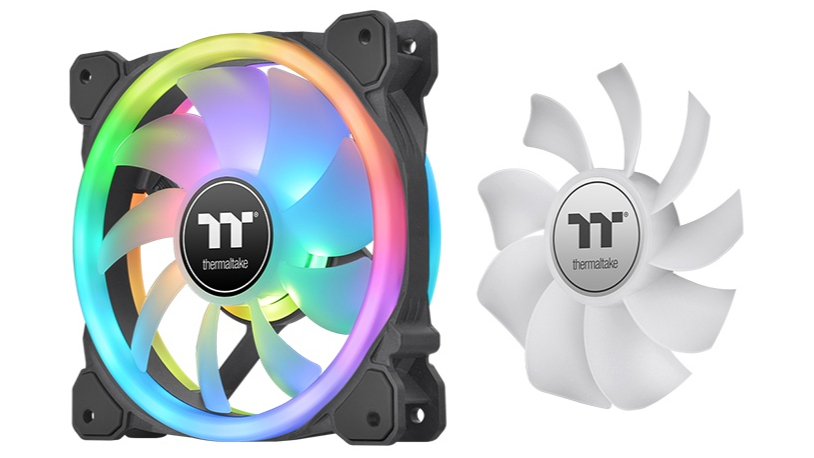 Thermaltake announced its first-ever swappable fan blade design for its new Swafan RGB Radiator Fan (opens in new tab), allowing the user to change the airflow direction by simply popping out the standard fan and swapping it with a reverse one. It’s neat but pretty unnecessary when you think about the easier, cheaper ways to reverse a PC fan’s airflow.

The Swafan RGB Radiator Fans are a trio of PWM-controlled fans with speeds up to 2000 RPM. The Swafan comes with two sets of swappable fan blades: standard and reversed. It comes in 12 cm and 14 cm sizes. Each side of the fan has an RGB ring that is managed through Thermaltake’s NeonMaker software.

The point of a swappable fan blade is to reverse the airflow on the fly without having to unscrew the entire fan. According to the video above, Thermal Mike explains you need to make sure you lube the new fan, or you will hear all 2000 RPMs, which wouldn’t be pleasant.

I think being able to easily pop out a fan to wipe off built-up dust and PC gunk seems convenient, just not $130 convenient. I’ll admit, I can’t think of a time when my fans were so funky I needed to wash them in the kitchen sink.

Reverse airflow means you’re sucking in cool air into your PC while another set of fans blows out all the warm air, which isn’t too wild of a concept. However, as my hardware colleagues loudly pointed out in our morning Slack, there is another way to get your fan blades to push air the other way. You flip the entire fan over when you install it. Wild, right?

As interesting as it is to be able to swap a fan anytime you want, the real question is, who is randomly opening their PC and deciding to reverse its airflow on a whim this often? Most PC builders choose ahead of time what their thermal situation will look like. And from our experience (opens in new tab), the cooling performance on reverse airflow vs. regular airflow is nominal, at best.