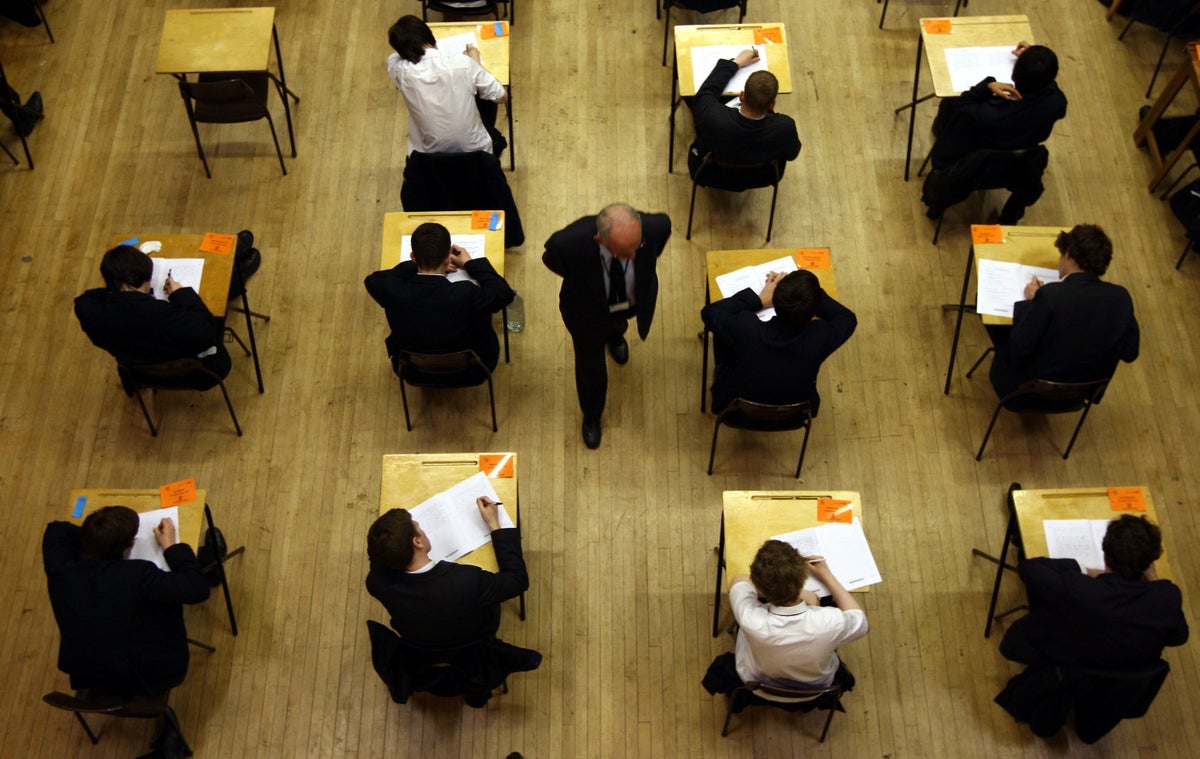 More students should be steered towards apprenticeships than traditional degrees to bring down soaring demand for higher education places, the head of the university admissions service has warned.

Clare Marchant, the chief executive of Ucas, told The Independent the number of university applicants was expected to hit 1 million in the next few years – up from a record 700,000 this year.

She said making sure students were not all funnelled into traditional three-year degrees could help to manage rocketing demand.

Many universities offer higher and degree apprenticeships, which allow students to gain a qualification equivalent to either part of an undergraduate degree or a full undergraduate or master’s degree while working.

Ms Marchant told The Independent these schemes could help to cater demand for higher education as the number of 18-year-olds – and the number of students applying for university – grows.

Ms Marchant said nearly half of the 700,000 students who applied for university degrees this year had expressed interest in higher and degree apprenticeships as well.

She said that showed there was “massive interest” for apprenticeships and suggested that demand needs to be capitalised on.

“A lot of the system is geared towards three-year traditional undergraduate degrees and there’s a lot of support for students navigating that option,” Ms Marchant said.

But she suggested there was still a way to go to help students and school staff easily navigate apprenticeship options, with teachers saying they find it “much more difficult”.

“Our view is there is definitely pent-up demand for degrees in higher apprenticeships particularly, but alternative routes more broadly,” she said.

“One of the challenges – for governments, employers and organisations like Ucas – is to really match some of that demand in years ahead and give parity to some of those options alongside the traditional three-year undergraduate degree.”

Her comments come as A-level students prepare to get their results on Thursday – the first cohort to have taken summer exams since the Covid pandemic struck.

Students have been warned they could miss out on their preferred university place as exam boards crack down on grade inflation this year.

But Ms Marchant said she expected the majority of A-level students to make their grades this year.

“I am expecting, if it’s not record numbers getting their first choice, I think it will be near to that.”

A spokesman for Tory leadership candidate Rishi Sunak said that he wanted to ensure all school leavers “are presented with amazing opportunities to continue in education. That is why he has already set out his plans to boost vocational education to the level of prestige of many universities across the country in order to increase the choice presented to school leavers.” Minister for Skills, Further and Higher Education Andrea Jenkyns said: “A traditional three-year degree is not the only route to success and a great job. That’s why we are creating a skills system that meets the needs of employers and our economy, while offering high quality technical training options that are just as prestigious and rewarding as academic routes.

“Higher and degree level apprenticeships offer people the chance to earn while they learn and develop the skills needed to forge great careers in a wide range of sectors.   It is brilliant to see the number of people starting apprenticeships this year bouncing back to pre-pandemic levels.”