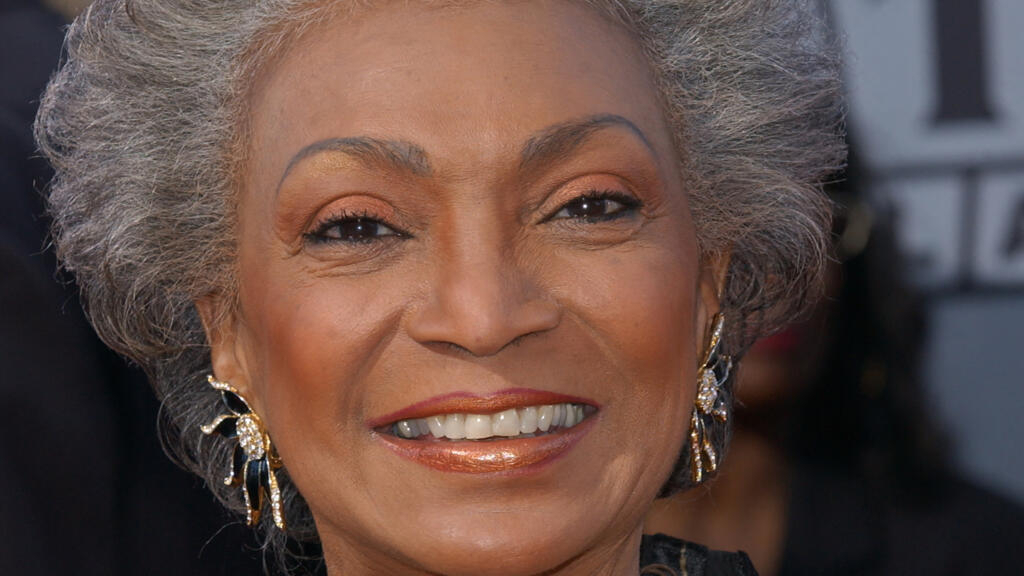 Her son, Kyle Johnson, announced the death on the official uhura.com website, saying, “Last night, my mother, Nichelle Nichols, succumbed to natural causes and passed away. Her light, however, like the ancient galaxies now being seen for the first time, will remain.”

A family spokesman said Nichols died in Silver City, New Mexico, where she had been living with her son.

Tributes poured in quickly, including from a long list of devoted “Trekkies.”

“She was a beautiful woman & played an admirable character that did so much for redefining social issues both here in the US & throughout the world. I will certainly miss her.”

George Takei, who as helmsman Sulu shared the bridge with Lieutenant Uhura, called her “trailblazing and incomparable.”

I shall have more to say about the trailblazing, incomparable Nichelle Nichols, who shared the bridge with us as Lt. Uhura of the USS Enterprise, and who passed today at age 89. For today, my heart is heavy, my eyes shining like the stars you now rest among, my dearest friend.


And US President Joe Biden said Nichols “redefined what is possible for Black Americans and women.”

“Our nation is forever indebted to inspiring artists like Nichelle Nichols, who show us a future where unity, dignity, and respect are cornerstones of every society,” he said in a statement.

Nichols made history with one of the first interracial kisses on US television — a 1968 embrace shared with Shatner (a kiss deemed worthy of a separate entry in Wikipedia).

Martin Luther King Jr. himself once praised Nichols, who broke ground with her powerful performance at a time when Black actors more often were cast as servants or criminals.

Nichols, who had trained in ballet and musical theater, at one point told “Star Trek” creator Gene Roddenberry that she wanted to quit the show to return to the theater.

But when she mentioned that to King, in a chance meeting recounted by the Hollywood Reporter: “All the smile came off his face and he said, ‘You can’t do that. Don’t you understand, for the first time, we’re seen as we should be seen? You don’t have a Black role. You have an equal role.'”

Nichols worked as a recruiter for NASA — which reached out to her after she had criticized its lack of diversity — and successfully encouraged several talented African-Americans and women of all races to consider careers with the space agency.

NASA paid tribute to her legacy in a tweet Sunday evening, calling her a “trailblazer and role model” who “symbolized to so many what was possible.”

The National Air and Space Museum also praised her work beyond the screen.

“She was an inspiration to many, not just for her groundbreaking work on Star Trek but also through her work with NASA to recruit women and people of color to apply to become astronauts,” the museum tweeted.

While best known as Uhura, Nichols had a varied career, dancing with Sammy Davis Jr. in “Porgy and Bess,” appearing on the NBC series “Heroes” and recording an album.

She also played Uhura — a name taken from the Swahili for “freedom” — in the first six “Star Trek” movies.

The Smithsonian, the US national museum network, shared a picture on Twitter of the red space jacket Nichols wore as Uhura on screen, adorned with the iconic “Star Trek” pin, which is now on display at the National Museum of African American History and Culture in Washington.

Today we remember Nichelle Nichols. She starred as Lieutenant Uhura on “Star Trek” wearing this uniform now in our @NMAAHC, making history for African American women in TV and film. Nichols also volunteered to recruit women and people of color for NASA. #BecauseOfHerStory pic.twitter.com/fZZqfGlomz