People shouldn’t put their guard down when it comes to COVID, Fauci says 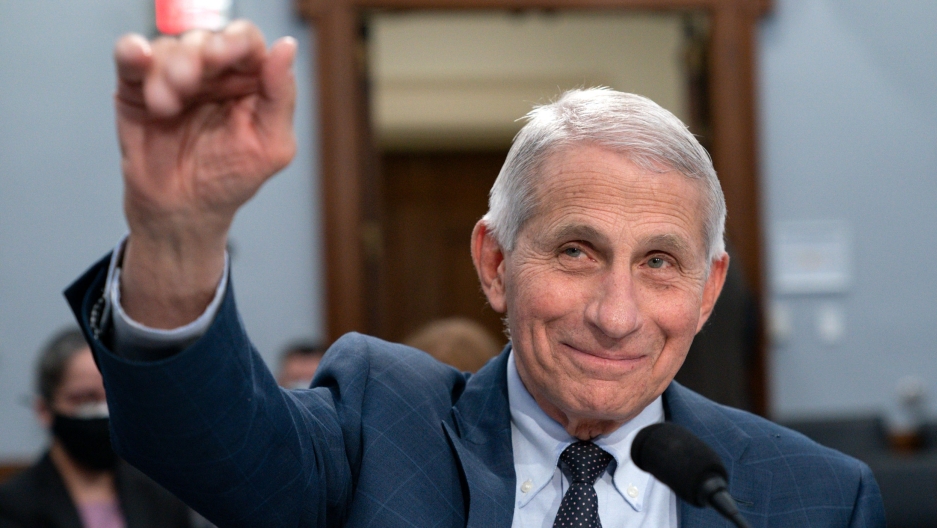 Autumn officially arrives this week, with more time spent indoors. And this is the third fall with COVID-19, making many wonder where we stand in the pandemic and whether the shape-shifting omicron variant will continue to defy expectations.

US President Joe Biden declared that the pandemic was over in a recent interview on “60 Minutes.”

In an interview with The World’s host Marco Werman, Fauci said he believes that the president was referring to earlier stages of the pandemic, when there were up to 900,000 infections per day and close to 4,000 deaths per day.

“However,” he said, “we still have an issue and a problem with COVID — 400 deaths per day is not an acceptable number as far as I’m concerned.”

He added that only 67% of the US population is vaccinated and that only one half of those have received a boost.

Fauci spoke with Werman to assess the current status of the pandemic and reflect briefly on five decades of service in public health.

Marco Werman: The president did walk a fine line and seemed to offer two views of the pandemic. Is it responsible for Biden to say the pandemic is over, especially when we’ve seen what happens when a new variant arrives? I mean, these numbers can change so radically.

Dr. Anthony Fauci: Yeah. And the president is very well aware of that. I think he was just talking what was considered to be in common language for the American public. But we don’t want people to put their guard down. We want to make sure they understand that there is the danger out there that people are getting infected and people are dying, 400 deaths a day is not an acceptable number. Right now, we have available, to the tune of 171 million doses, an updated vaccine that is specifically directed to the B.A.4.5 variant. We really need to make sure that people don’t get the impression that it is not important to get vaccinated.

How is this new booster that’s going to target omicron variant, how is it going to change the equation, not just in the US but globally?

You’ve heard us say this may mean vaccinating everybody with an updated vaccine every year. For some individuals, it might even mean more than once a year. Now, I know that’s an inconvenient thing for people to have to go through, but you really have to balance, particularly if you’re a vulnerable person, an elderly person, or one with an underlying condition, that that’s something that may be necessary to maintain your health.

What do we know about what this new booster can do to prevent long COVID, speaking of severe disease, what does the data say at this point?

We do know something that is clear — that people who are vaccinated have less of a likelihood of developing long COVID when they get infected.

So, just to go back to Biden’s comments on “60 Minutes,” he held up evidence that no one is wearing masks, which doesn’t really tell us anything except that people are tired of wearing masks. It feels, though, right now, like the world is living in two parallel universes: one universe where people are masked, quarantines are taken and there’s caution, and another where the pandemic is in the rearview mirror. Are we stuck with that split screen and what problems does that create?

There is a divisiveness in this country that is a political divisiveness that sometimes spills over into the arena of public health. And people, you know, for one reason or another, seeming to be divided along ideological lines, are accepting or not of public health interventions. And when you don’t have a uniformity of adherence to good, sound public health measures, it’s just going to prolong things because more people will get infected. People are going to get seriously ill. And you’re going to get less of an effective control of an outbreak if you don’t have somewhat of a uniformity of adherence to public health principles.

For nearly 40 years, you’ve been leading the fight against infectious disease in the US. Much of your early career was focused on HIV and AIDS. But you’ve been on the front lines of messaging for avian flu, for Ebola, so many other crises. And now, you’re preparing to step aside at the end of the year. What do you want to be remembered for?

Well, in general, I want to be remembered for someone who put all of their energy all of their passion, all of their commitment into preserving and protecting the health and the welfare of the American public, and since the United States is such a leader in this space and indirectly doing that for the rest of the world. And one of the things I’m most proud of is that together with George W. Bush, and he deserves great credit for that, he asked me and I did, become the principal architect for the PEPFAR program, the President’s Emergency Plan for AIDS Relief, which is now clearly saved about 18 million lives throughout the world.

We have to say, in that time, you’ve also been something of a lightning rod. Do you think the person who takes your place will inevitably feel the same thing? Is that just going to happen?

I doubt if it will happen to that person as an individual, because that individual was not put in the position that I was where I had to, as you recall, Marco, from the time I spent as part of President Trump’s White House Coronavirus Task Force, I didn’t take any pleasure in this because it was uncomfortable, but in order to preserve my personal and scientific integrity and to fulfill my responsibility — which is my primary responsibility to the people of the United States — I had to do something that was very uncomfortable and that was to publicly contradict the president of the United States. You know, I then became, as you know, essentially the public enemy No. 1 for the people who follow President Trump’s every word and everything that he says and does.

And I know you paid a personal price for that.

I did. I did. I mean, that’s not what I intended to do. I didn’t take any pleasure. I have a great deal of respect for the presidency of the United States. But in order to fulfill my responsibility, I had to speak out. And that made me essentially the boogeyman for the far-right.

This interview was edited and condensed for clarity.