Ugochukwu Ezeh is the recipient of the Oxford Human Rights Hub – Rhodes University Travelling Research Fellowship Programme. His fellowship at the Rhodes Law Faculty coincided with the judicial nullification of presidential election results in Kenya, the dramatic collapse of the Mugabe regime in Zimbabwe, and the abrupt end of the Zuma presidency in South Africa. His article – initially written as a working paper at the Rhodes Law Faculty in the wake of these developments – has now been published in the Routledge Handbook of Election Law.  The Handbook, edited by D. Schultz & J. Toplak, is the first major cross-national reference book in the field of comparative election law. Accordingly, his article–‘Contested Elections in Africa: The Roles of Courts in Electoral Processes’–examines the normative contributions that judicial institutions make towards tackling democratic decline in the electoral processes of several emerging democracies on the African continent. The following is Ugo’s experience during the fellowship. 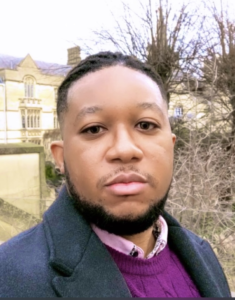 The Oxford Human Rights Hub-Rhodes University travelling research fellowship provided a valuable platform to undertake independent research on topical legal problems. It also provided a fruitful opportunity to interact with other scholars undertaking research on important issues in the disciplinary fields of human rights and public law. For instance, there were many interesting and intellectually stimulating discussions, about judicialisation and human rights law in the Global South, during the Constitutional Litigation seminars at the Rhodes University Law Faculty.

My article focuses on the roles that courts play in electoral processes in a range of fledgling democracies and transitional societies across the African continent. This theme is topical because constitutional avenues for the peaceful resolution of electoral disputes are crucial to the sustenance and consolidation of democratic governance in many transitional societies. In several African jurisdictions, for instance, political actors have sought—with varying degrees of success and failure—to leverage systems of electoral adjudication as a means of obtaining constitutional remedies for electoral malpractices and other irregularities.

I argue that courts may meaningfully contribute towards addressing democratic decline by providing legal remedies for electoral irregularities; affirming the independence of key democratic institutions (such as electoral management bodies); and signalling the importance of constitutional norms and democratic values in the context of electoral dispute resolution. My article, ‘Contested Elections in Africa: The Roles of Courts in Electoral Processes’, appears in the recently published Routledge Handbook of Election Law edited by David Schultz and Jurij Toplak. The Handbook is one of the first major transnational comparative reference books on the electoral practices and laws of advanced and nascent democracies across the world.

I wish to reiterate my thanks to Professors Sandra Fredman and Rosaan Kruger, as well as Dr Meghan Campbell and Adv. Shuaib Rahim, for their visionary efforts and assiduous work in establishing and coordinating the travelling fellowship programme. I also wish to express my appreciation to Prof. Jurij Toplak; Dr. Tom Gerald Daly; Prof. Enyinna Nwauche; and Mr. Joshua Stevens. Thanks are also due to Dr. Helen Kruuse; Ms Brahmi Padayachi; and other members and staff of the Rhodes University law faculty.