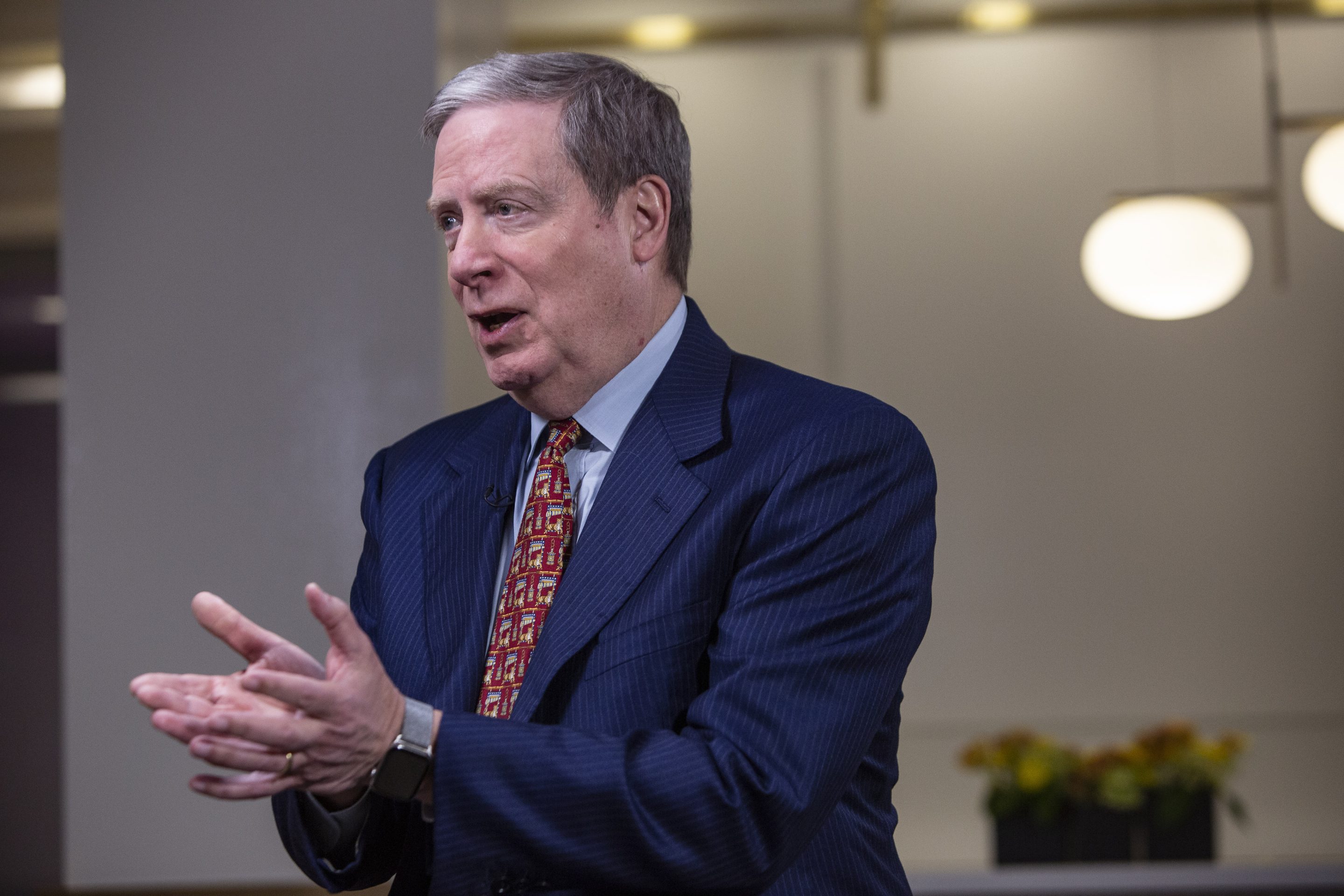 After a hotter-than-expected inflation reading spooked investors on Tuesday, the Dow Jones Industrial Average sank over 1,200 points in the stock market’s worst showing since June 2020.

That same day, Stanley Druckenmiller, one of Wall Street’s most respected minds, argued that the pain won’t be temporary—and that stocks face an entire decade of sideways trading as the global economy goes through a tectonic shift.

“There’s a high probability in my mind that the market, at best, is going to be kind of flat for 10 years, sort of like this 66’ to 82’ time period,” he said in an interview with Dr. Alex Karp, the CEO of the software and AI firm Palantir.

Druckenmiller added that with inflation raging, central banks raising rates, deglobalization taking hold, and the war in Ukraine dragging on, he believes the odds of a global recession are now the highest in decades.

And given Druckenmiller’s track record, investors would be wise to heed his warnings.

The legendary investor founded his hedge fund, Duquesne Capital, in 1981, and routinely outperformed the majority of his peers on Wall Street over the coming decades, delivering an annual average return of 30% from 1986 to 2010, according to Yahoo Finance.

But Druckenmiller really made his name when he led George Soros’ bet against the British pound in 1992, helping the billionaire pocket a cool $1.5 billion profit in a single month.

Druckenmiller eventually shut down his hedge fund in 2010 and converted it into a family office—a type of private firm established by wealthy families to manage their money—as many hedge funders typically do when they unofficially retire. But the leading investor’s views are still widely followed on Wall Street.

Druckenmiller’s argument for why the stock market is facing a decade of “flat” trading is based on the idea that central banks’ policies are shifting around the world from a supportive to a restrictive stance.

This shift is a result of the globalization that characterized the past few decades fading amid the war in Ukraine and U.S.-China tensions. Druckenmiller points out that globalization has a deflationary effect because it increases worker productivity and speeds up technological advancement, but now that’s gone.

“When I look back at the bull market that we’ve had in financial assets really starting in 1982…all the factors that created that not only have stopped, they’ve reversed,” he said, referencing current de-globalization trends like the rift between the U.S. and China, along with a move towards increased government spending and more regulation since the 1980s.

Druckenmiller went on to explain how central banks responded to the disinflation caused by globalization since the 1980s—and particularly after the 2008 Great Financial Crisis—with unsustainable policies that now have to be reworked.

“The response after the global financial crisis to disinflation was zero rates, and a lot of money printing, quantitative easing. That created an asset bubble in everything,” he said.

Central bank officials around the world are now moving away from the near-zero interest rates and quantitative easing—a policy of buying mortgage-backed securities and government bonds in hopes of spurring lending and investment—that have bolstered financial assets over the past few decades.

“They’re like reformed smokers,” Druckenmiller said. “They’ve gone from printing a bunch of money, like driving a Porsche at 200 miles an hour, to not only taking the foot off the gas, but just slamming the brakes on.”

To his point, the U.S. Federal Reserve has raised rates four times this year to combat inflation, and it’s not the only central bank attempting to bring down consumer prices with tighter monetary policy. From the U.K. to Australia, central bankers around the world are shifting to a more conservative approach and raising interest rates.

While that means financial assets, including stocks, will likely underperform over the next decade in Druckenmiller’s view, there is some positive news.

“The nice thing is, there were companies that did very, very well in that environment back then,” Druckenmiller said, referencing the stock market’s flat trading seen between 66’ and 82’. “That’s when Apple Computer was founded, Home Depot was founded.”

Druckenmiller also gave a caveat for investors when it comes to his pessimistic outlook, saying that this is the most difficult time in history to make economic forecasts and that he has a history of a “bearish bias” that he has had to work around his whole career.