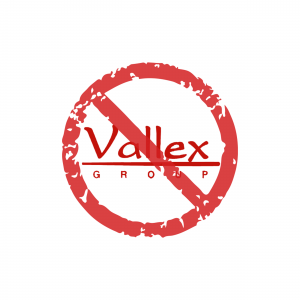 On December 20, 2022 Yuri Musaelyan, resident of the city of Stepanakert (center of self-declared Armenian-populated region of Nagorno Karabakh, a.k.a Khankendi in Azerbaijani) has been severely beaten in his apartment in presence of his family members, including his children. According to Mr. Musaelyan’s Facebook account his sole “guilt” was to announce a peaceful protest against the management of “Nagorno Karabakh administration” in particular to question a confrontation course chosen by recently appointed “Nagorno Karabakh State Minister” Ruben Vardanyan, Russian-Armenian billionaire with record of making his fortune through dubious financial operations involving leading Russian oligarchs.

Dispatched to Russian “peace-keeping regiment” controlled Karabakh from Moscow at the time when Armenia and Azerbaijan engaged in the EU-mediated talks have said that they intended to sign a peace agreement by the end of the year, Mr. Vardanyan ruled out the prospect of cohabitation with Azerbaijanis for Armenian community of the breakaway territory.

Thus, appearance of Mr. Vardanyan with close ties to Moscow elite in the region, have fueled widespread speculation that he had been sent to Karabakh at the Kremlin’s behest to ensure that Russia maintained influence there through “divide and rule” strategy.

Less than 2 month after assumption of the office of de-facto governor of the region R.Vardanyan cut off fragile cooperation links of local administration with Azerbaijani authorities. In early December he refuted the proposal by the Azerbaijani government to undertake environmental monitoring at the gold-ore deposit and copper mines exploited in Karabakh by “Vallex” group companies”, an Armenian copper-mining monopolist with close ties to former Armenian President Serj Sargsyan, another Putin’s ally.

As recently as December 13, he used the eco-protest against “Vallex” depletion of natural resources in Karabakh, which Azerbaijani activists organized on the only route (Lachin road) connecting Nagorno Karabakh to Armenia, as a pretext to announce self-imposed blockage of the region, further fueling grievances and radicalizing of local Armenians, triggering another circle of mutual retaliations and thus shattering any hope for peace to come.

The recent cycle of radicalization of local Armenian community is not just endangering the fragile prospect of Armenian-Azerbaijani peace accord but cloaks the state of grave human right conditions Armenian community of Nagorno Karabakh is living in for the last three decades.

Thus, the severe persecution of Mr.Musaelyan reveals carefully camouflaged truth. As a result of 30 years of conflict which formed a grey jurisdiction zone in Karabakh:

Considering all the above stated CAP Freedom of Conscience is launching Karabakh Human Rights Awareness Campaign to alarm international actors on the state of human rights of Karabakh Armenians and to promote lasting peace in the region. Since the “Vallex group companies” activities in the region represent symbolize deprivation of basic human rights of Karabakh residents we chose the title “Anti-Vallex” as the motto of the campaign.

We invite all interested and primarily Karabakh’s local residents to share with us all information regarding the cases of human rights abuses in Karabakh including but not limited to violation of environmental standards by “Vallex” and others.