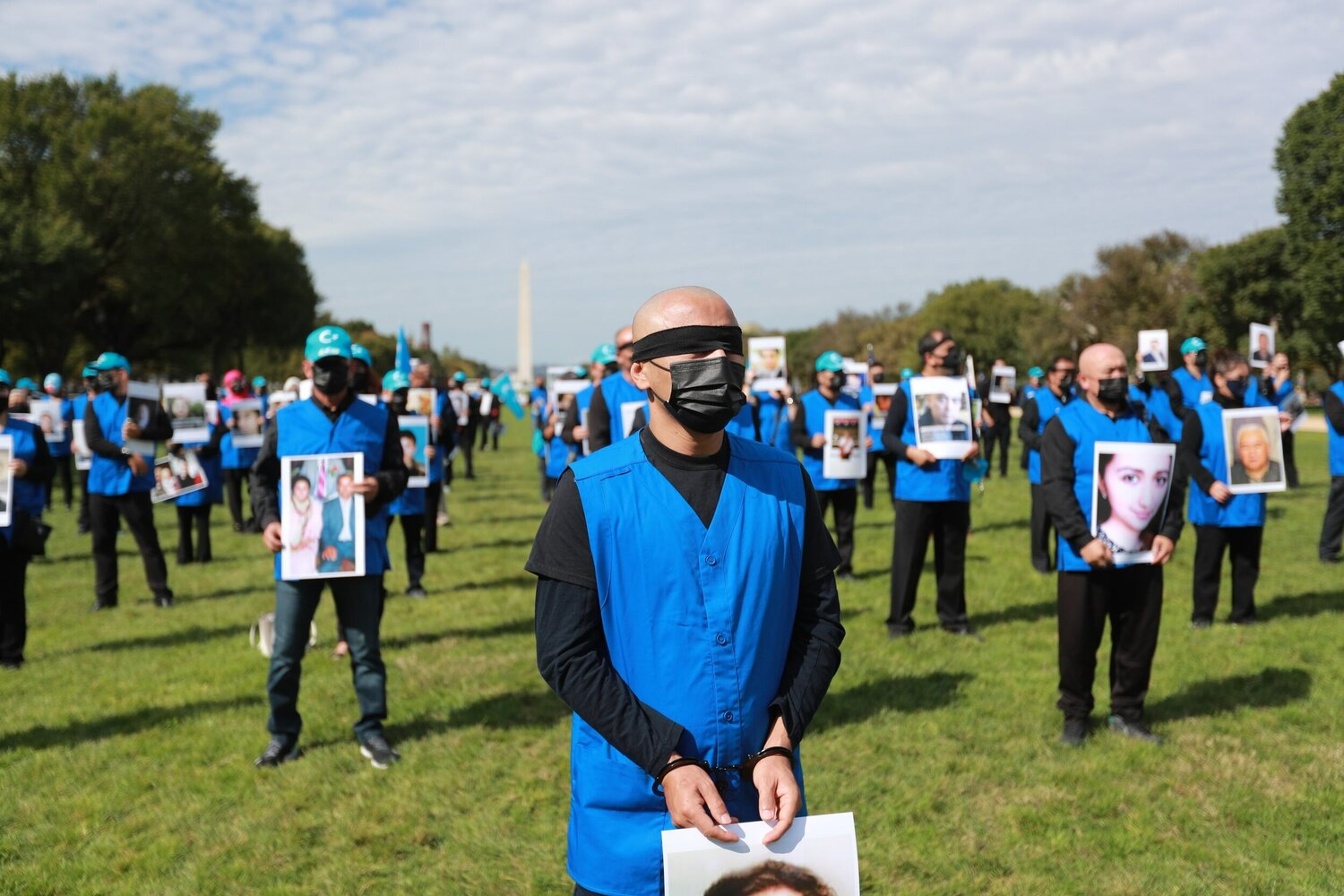 In late June 2021 the U.N. High Commissioner for Human Rights, Michelle Bachelet, reaffirmed her intention to continue her investigation of the severe human rights abuses targeting Uighur and Turkic speaking Muslim populations in Xinjiang, China. The violations in question include arbitrary arrests, restriction of social and cultural rights, ill-treatment and forced labor in detention camps. Bachelet had previously acknowledged the need for an “independent and comprehensive assessment of the human rights situation” in the Xinjiang Uighur Autonomous Region.

For years, states and other civil society stakeholders have been critical of China’s restrictive policies against Uighurs and other minorities in Xinjiang, condemning suspected human rights abuses linked to internment camps aiming to “enforce patriotic education and indoctrinate students against separatist ideology and illegal religious activities” (referred to by Beijing as “vocational skills education and training centers”). According to the U.S. State Department, over a million civilians have been arbitrarily detained in these facilities, reportedly forced to embrace the majoritarian Han values and reject their own cultural and religious beliefs. Additionally, detainee testimonies have described frequent torture and ill-treatment, violent punishment, psychological abuse, and forced sterilizations and abortions. The Chinese government has continuously rejected those allegations, reiterating their claim during the 46th session of the UN Human Rights Council that the “re-education camps” strictly followed lawful counter-terrorism purposes.

Forced labor presents a distinctive issue within the broader human rights situation in Xinjiang, and has increasingly been monitored by states and civil society members. Investigations have suggested that, upon release from internment camps, individuals are transferred to factories across China “in a range of supply chains including electronics, textiles, and automotives” where their working and living conditions amount to forced labor. Such investigations disclose that workers, particularly in the garment and textile industries, may be subjected to intimidation and threats, close surveillance, restricted freedom of movement, abusive working conditions, and isolation, amounting to compulsory labor according to the International Labor Office (ILO) indicators. Since China is one of the world’s main cotton producers and the Xinjiang province is responsible for more than 80% of the country’s cotton production, many foreign companies’ supply chains depend on cotton produced in this region.

Such working conditions stand in stark contrast with states’ obligations under international human rights law to prohibit compulsory labor, as well as businesses’ obligations to carry out due diligence and identify potential human rights violations in their supply chains. Corporate human rights due diligence, a principle introduced by the UN Guiding Principles on Business and Human Rights, is a way for companies to manage human rights issues related to their operations or supply chains by identifying, tracking, and addressing potential human rights-related risks. These due diligence obligations remain largely voluntary, however, as the Guiding Principles are of non-binding nature. A legally binding treaty engaging corporations’ responsibility with regards to violations within their  supply chain is still missing from the international arena.

As primary human rights duty-bearers, states have a significant role and responsibility in tackling human rights abuses. Whether by calling on other governments to comply with their international obligations or by ensuring that their own business enterprises respect international human rights standards along their supply chains, states can defend international labor standards through several means. In that light, several governments – including the United Kingdom, France, the United States and Canada – have initiated measures aiming to verify abuse allegations and prevent further violations in Xinjiang.

In January 2021, the British Foreign Secretary confirmed that British companies would be fined if they did not strictly exercise due diligence along their production lines. The US also reinforced economic pressure against Beijing through a decision to ban cotton importation from Xinjiang and sanction and blacklist high-ranking Chinese officials involved in the repression. On President Trump’s last day in office, his administration declared that China’s repression policies (including forced labour) amounted to crimes against humanity and acts of genocide. In October 2020, the Canadian House of Commons’ subcommittee on international human rights issued a similar position recognizing the situation as genocide.

Even as companies vow to clean up their supply chains, reports show how certain corporations operating in China may be benefiting from forced labor. Therefore, measures enacted by states “imposing human rights requirements on companies as a condition of importing goods or conducting business” may have strong implications for private actors. Canada introduced restrictive measures aiming to prevent companies under its jurisdiction from benefiting from forced labor, including by requesting Canadian companies to sign ‘Xinjiang integrity declarations’ and by strengthening export controls. In turn, the UK produced guidance and support for UK businesses and introduced “financial penalties for businesses that do not comply with the Modern Slavery Act.” To comply with these new requirements, private actors may have to reconfigure their supply chains, a process that can be particularly challenging and unrealistic considering the limited resources of certain companies. Therefore, although measures have been adopted by states to ensure businesses’ compliance with human rights law, it is clear that those private actors should also “act on their own” to narrow their involvement with companies or governments engaged in forced labor. Companies could avoid funding abuses potentially linked to this “coercive, state-run program targeting ethnic minority groups” through increased investigation and due diligence within their supply chain and support to sustainable and ethical programs.

Certain companies and business lines have adopted strategies to establish monitoring compliance standards, solicit expert guidance, engage with associations, request information from suppliers, and cancel contracts with suppliers suspected of relying on compulsory labor. Other companies have taken preventive steps and cancelled or suspended their partnerships with the concerned regions, even when no tangible evidence of forced labor was found. However, many corporations have remained silent on this issue, denied claims that their suppliers use forced labor, or merely reaffirmed their dedication to comply with human rights standards. To fulfill their due diligence obligations, businesses should not blindly rely on statements issued by their partners reaffirming their factories’ dedication to respect labor regulations or merely claiming that independent investigations have already been conducted, as many remain critical of the degree of independence and credibility of such investigations.

Considering the difficulties faced by corporations trying to identify forced labor, it has been suggested that the “only viable solution is to consider the entire region to be thoroughly tainted with different forms of coercive labor.” Therefore, companies should imperatively undertake enhanced and preventive due diligence measures, as suggested by guidance provided in the UN Guiding Principles, the OECD Guidelines, or by entities such as the ILO, or the Office of the High Commissioner for Human Rights.

To adequately address the current situation in Xinjiang, states and corporations must refer to examples of good practices that emerged from prior business and human rights crises. In the case of Myanmar, for instance, coordinated pressure from foreign corporations (which established trade restrictions to object forced labor), the ILO (which imposed “a ban on all aid and technical assistance to the country” and de facto excluded Myanmar from the organization), and foreign states (which implemented economic and diplomatic sanctions) resulted in Myanmar accepting to work closely with ILO to comply with its labor obligations. As such, avenues to address forced labor in China should similarly include cooperation between different stakeholders including states, corporations, and local civil society members.

Successful initiatives and strategies adopted as a result of allegations of human rights violations in Xinjiang should be highlighted as examples of good practice. For instance, the Better Cotton Initiative ‘suspended licensing and assurance activities’ in the region while working on new solutions to ensure sufficient transparency and traceability. Corporations should also take into consideration guidance from entities such as the Ethical Trading Initiative, which suggested increased cooperation with local civil society stakeholders, periodic reviews, and cautious preparation of “exit strategies.” Such due diligence exercised by corporations, along with a greater capacity to trace their sourcing, can have visible impacts on states’ human rights compliance. This was well illustrated by the Uzbekistan Cotton Pledge, which was signed by more than 300 companies committing to cease sourcing cotton from the country “until the government stopped using forced labor in the cotton sector.”

Enterprises should continue to closely monitor the situation in Xinjiang while utilizing available instruments to conduct their business activities in a human rights-compliant manner. In this regard, the U.N. Guiding Principles should not only be paid lip service, but properly implemented by both companies and states. If both private and public actors properly comply with the existing human rights standards, they could pave the way for the adoption of the long-debated legally binding agreement on business and human rights. With such a treaty, corporate human rights due diligence would become mandatory, and companies making use of forced labor in their supply chains could be held accountable under international law. The Xinjiang crisis shows that limited actions by the private sector to put an end to forced labor is directly linked to the lack of binding regulations compelling corporations to apply human rights due diligence in their supply chain.