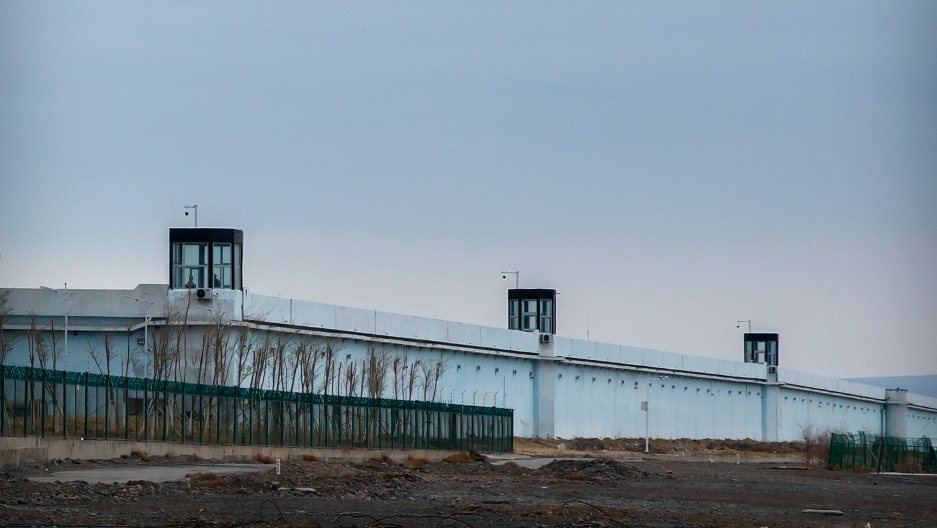 “The Backstreets: A Novel from Xinjiang” is a short and powerful book that serves as a metaphor for the life of its author, Perhat Tursun.

Perhat Tursun is one of them. He disappeared in 2018.

His novel was released 30 years ago, but has just been published in English for the first time. One of the book’s translators, Darren Byler, a Uyghur scholar, joined The World’s host Carol Hills from Vancouver to discuss the text.

Carol Hills: This novel really takes you into the psychological headspace of someone who feels alone, unseen, ignored and actively shunned. Tell us the backstory of the author Perhat Tursun.

Darren Byler: Perhat Tursun is one of the leading authors writing in Uyghur language today. He writes in a modernist style, really influenced a lot by world literature. And so, he used that literature and that voice to really examine and articulate what he himself has experienced as a Uyghur person living in a space that’s been inundated by a settler population over the last several decades. He himself has had a difficult time within the Uyghur literary community, and being accepted, because he writes about difficult themes, like depression and sexuality, and of course, the political. And so, he’s also trying to navigate that space. And you see that in how he lives his life and how he writes his work.

It’s interesting, because you’re speaking in the present tense about him. You know, “he writes, he does this.” But of course, we don’t know if he’s writing at all, because he’s been disappeared. What happened to him?

Right. Well, I try to keep him in the present tense because we think he’s alive. And I don’t want to act as though he’s dead. He was taken in 2018, as far as we know. I visited the region several months later and went to all of the bookshops, tried to talk to his friends. And what I learned from them is that, yes, he had indeed been taken, but they didn’t really know much more than that. And then a year later, we learned that he had been sentenced, at least allegedly, to the 16 years in prison. We don’t know what the charges are, but he and around 400 other public intellectuals were taken around this time. It seems to be part of an orchestrated campaign to remove cultural leaders from the Uyghur society. And so, Perhat Tursun, because of sort of who he is, was targeted.

Do we know where he is, what prison he’s in?

We don’t even know that. I went to his apartment building, couldn’t really get past the front gate. And everyone I’ve spoken to really has no information. It’s likely he’s held in the same place as other intellectuals, which is a particular prison. But we can’t confirm this. So, we think he’s in Urumqi, that’s the capital of the region, but beyond that, we don’t know.

Has his family been in touch with him or been allowed to visit or lawyers or anyone?

That I don’t know. It’s so hard to get any information out and to speak openly with anyone. So, we really can’t communicate with his family members. I think them speaking to me would put them in jeopardy. So, there’s a lot of sensitivity around this work and around asking questions. What we have is the communication I had for him before he was taken, where he was urging me to publish his work. And I’m honoring his request by translating and publishing this with a co-translator who also took great risks in assisting me in the process.

How long ago did you hear about Perhat Tursun and what was your relationship with him?

I first learned about Perhat’s work over a decade ago, but didn’t know about this particular novel, “The Backstreets,” until 2014, which is when I was doing ethnographic fieldwork in the region and was researching migration to the city. What kind of experiences young people have when they come to the city from rural villages, from the Uyghur countryside. So, I’d been interviewing those folks and I was speaking to someone who was a friend of Perhat’s, and he said, “Oh, Perhat has written a book that’s sort of on this theme, you should read it. It’s called ‘The Backstreets.'” And so, that’s how I got interested in it, started reading it and then realized, “Oh, this is a work of world literature that really deserves translation and deserves a broader audience.” He’s working in the same themes as great works of literature like “The Invisible Man” by Ralph Ellison or J. M. Coetzee’s work, “The Life & Times of Michael K.” It’s showing what oppression feels like, how it’s lived, and how people survive it, and using a lot of humor as it does that by showing all of the absurdities of life in those conditions.

Well, Perhat started writing this book back in the ’90s, but he has actually been editing it all along the way. And it really got its first public circulation only in 2012. So, he had written it, but it hadn’t been published. And I think, most of what he wrote in the ’90s stays true to the present. The ’90s is when there was a large population of Han Chinese people, which was the majority group, moving into the Uyghur region, and really beginning to transform the Uyghur countryside, sort of overwhelming Uyghur villages, taking the land and then capturing their institutions, the banking system, the education system, the government offices. And so, the main protagonist of the book is a temporary worker in a government office who is confronted by a Han boss who’s always seeing him as less than the other workers in the office. And so, what is happening in the ’90s and 2000s is something that’s being portrayed in this book, sometimes in a sort of exaggerated way, but in many cases, in a really true-to-life way, as well. The, sort of, subtleties of discrimination are really shown in this book.

Yeah, it’s interesting. The book kind of reminds me of the Czech writer, Franz Kafka. It’s nightmarish, there’s fantasy, it’s dystopian. Here’s a typical sentence. “When I sat in the office, I always had the fantasy that my body had a relationship with everything else in the office.” I mean, is Kafka a literary influence of his?

Oh, yes, for sure. Kafka, [Albert] Camus, all of the existentialist fiction writers are people who inspired him. People talk about Perhat as the Uyghur Franz Kafka. He’s infamous because of his past fiction writing. And, when I would meet him in a crowded space, you would see people kind of casting sidelong glances at him all the time as he walked through space. So, he has a persona that has been projected onto him that’s sort of Kafkaesque, as well. And then, of course, he works as an office worker, Perhat does, in real life and then he’s writing fiction at night, which is pretty similar to how Franz Kafka did his work.

Will this English translation of “The Backstreets” be the first time the novel is published?

This interview has been lightly edited and condensed for clarity.