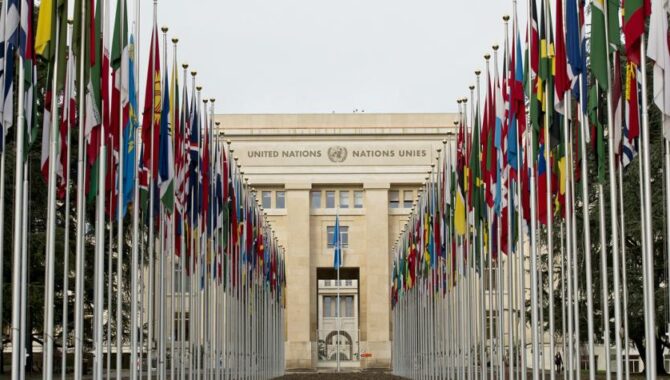 [This op-ed by William Nee originally appeared in The Diplomat].

What does the Xinjiang Roller Skating Association care about?

But you might be surprised to learn that Xinjiang’s roller-skating enthusiasts apparently care about a long-delayed human rights report on the Xinjiang region that should finally come out soon from the UN Human Rights Office.

Xi Jinping, China’s CEO of Everything, has repeatedly said that he wants an international system with “the United Nations at its core.” And this system, according to Xi, would underpin “international law and the basic norms of international relations based on the purposes and principles of the UN Charter.”

But be careful: for Chinese officials, the “UN Charter” is often a euphemistic shorthand for prioritizing state sovereigntyabove all else. In other words, adhering to “the purposes of the UN Charter” is about getting other countries and loudmouth critics to not comment on China’s gross human rights abuses, which China categorizes as an “internal affair.” At the same time, China can use its massive influence at the UN and cozy relations with many nation states in the Global South to largely get its way.

For Xi Jinping, whose core status may be enhanced by being crowned the “People’s Leader” at the 20th Congress of the Chinese Communist Party (CCP) this fall and whose own “thought” is already embedded in the Chinese Constitution, an international system that deliberately eschews any oversight and criticism is undoubtedly appealing.

But it has one great flaw: it must downplay, diminish, and dissipate the normative power of the UN’s robust body of international human rights laws and standards.

To see what could go wrong, from the Chinese government’s point of view, look no further than the recent review by the UN Human Rights Committee of Hong Kong’s compliance with the International Covenant on Civil and Political Rights (“the Covenant”). The Committee issued its Concluding Observations on July 27, and the 12-page document of observations and recommendations can only be described as a damning indictment of the deterioration of freedom and rights in Hong Kong since the National Security Law (NSL) was enacted in June 2020.

The Human Rights Committee noted the “overly broad interpretation of and arbitrary application” of the law, which has been used to arrest over 200 people. It found that certain provisions of the NSL “substantially undermine the independence of judiciary and restrict the rights to access to justice and to fair trial”. The Committee found that the way the law has been applied had unduly restricted a wide array of human rights guaranteed by the Covenant. It noted that people were at risk of reprisals if they engaged with the UN. Most importantly, it recommended that the government take “concrete steps” to “repeal the NSL, and in the interim, cease applying the law”.

This was a stinging rebuke to a government that had absurdly boasted that democracy had taken a “quantum leap” forward with the NSL – this even after locking up opposition legislators and changing election laws to only favor government-picked candidates known as “patriots” to stand for election.

But as bad as this was for the Chinese government, a Xinjiang report from the UN Human Rights Office could be way worse.

In 2017, the Chinese government began to arbitrarily detain in re-education camps up to an estimated one millionUyghurs, Kazakhs and other Turkic Muslims in the Uyghur region. Since then, media outlets and civil society groups have produced a Mt. Everest-sized heap of documentation about the human rights abuses that many argue amount to crimes against humanity.

Survivors of the camps have reported systematic rape, torture, and deaths. The Chinese government says that many camp detainees have now been released, but investigations have uncovered mass transfers of detainees to forced labor in factories or to prisons, where they serve long criminal sentences. Authorities have sentenced many Uyghurs including poets, writers, doctors, and other professionals to long prison terms or to life and even to death. Meanwhile, children of the detained are separated from their families and forced into orphanages.

Even as the scale of the atrocities became increasingly obvious, the UN at its top levels – including Secretary-General António Guterres and the top UN human rights official Michelle Bachelet – have been silent and deferential to the interests of the Chinese party-state.

Since September 2021, Bachelet and her spokespeople have repeatedly said that an independent report on the human rights situation in Xinjiang would be issued soon. In March of this year, over 200 human rights groups urged her to end the delay and issue it immediately. Bachelet still has not released the report and her term ends next month.

However, the letter is best seen as a façade of fake unity on a political topic.

This explains why the Xinjiang Roller Skating Association was joined by an unlikely cohort of organizations, more than 900 in total, like the Chinese Darts Association and the Beijing Crafts Council, in its appeal to the UN.

But what the letter signifies is that the Chinese government will go to absurd lengths to try to suppress a robust report that would give the UN’s stamp of credibility to the extensive human rights violations documented by journalists, camp survivors, international NGOs and others.

It would be an implicit rebuke to Xi Jinping, the architect of the Xinjiang atrocities.

As Xi, in all likelihood, proceeds to become the “core” leader for life this fall, his government cannot allow the multilateral organization it deems the “core” of the international system to issue such a potentially damning assessment of his rule.

The millions of victims in the Uyghur region and their family members cry out for justice. The release of the UN Human Rights Office’s Xinjiang report is an important step in ensuring that the facts of the Chinese government’s atrocities in the region are recorded and documented so that justice may eventually be served.

It should be issued immediately.

The victims of these atrocities cry out for recognition and support from the type of organization the United Nations was intended to be.

William Nee is the Research and Advocacy Coordinator for the Network of Chinese Human Rights Defenders (CHRD).