Pakistani Police and Mullahs spent Eid-ul-Adha this year by raiding the houses of Ahmadi Muslims, harassing, and humiliating them and registering criminal cases against them in Police Stations. Their outcry and senseless actions did not spare even visiting Ahmadis from foreign countries to join in the Eid celebrations.

One such example is of Muhammad Fiaz, who is a citizen of Canada, visiting his family in Syed Wala, District Nankana, Punjab, became the victim of the Mullah’s evil mischiefs. Fiaz is a high-profile citizen of Canada, a member of the Legislative Assembly of Saskatchewan, and a well-respected prominent member of the Canadian Society. A FIR was registered against him along with five other members of his family and they are now awaiting prosecution. One arrested, two went back to Canada and four are on interim bail.

This turbulent wave of raids took place as Ahmadi Muslims were celebrating Eid- Ul- Adha, an occasion of happiness and joy for Muslims the world over. But instead of happiness, this Eid brought a fresh series of oppression and victimisation for Ahmadi Muslims in Pakistan, who are already marginalised and discriminated against. Radical Mullahs are now demanding that Ahmadi Muslims be forbidden to worship or practice any of their faith obligations. There is a serious threat that Ahmadis will be prevented from their basic right of freedom of worship.

Thirteen Ahmadi Muslims were arrested and locked up in jails while they were with their families celebrating Eid. If no action is taken immediately to arrest and eliminate this increasing trend of false allegations and persecution against Ahmadi Muslims, it is likely that Pakistan is likely to further become the international hub of breeding extremists, evil mongers who are already very skilful in fabricating criminal cases against the law abiding and peace-loving members of the Ahmadiyya Muslim Community.

On a day when Ahmadi Muslims joyously celebrate the Muslim festival according to the Abrahamic tradition of sacrifice (Qurbani), many Ahmadis were arrested and still remain in prison. The Mullahs and their accomplices made a day of celebrations into a day of horrific experiences.

This terrible situation requires urgent international intervention. Political and faith leaders from across the world just met in London to secure Freedom of Religion and Belief for everyone worldwide yet here we are with absolute contradiction of all the Charters on Freedom of Religion. For the respect of all that was resolved in the international conference, the world must take immediate and urgent action to ensure that Ahmadis in Pakistan enjoy their full right to their religion and are able to freely practice their faith as required.

We strongly urge the international community to impress upon the Government of Pakistan to honour its responsibility to provide effective protection and freedom of religious practice to Ahmadis. The extremists and Pakistan governmental authorities involved in these arrests should be brought to justice, and Pakistan should immediately bring its laws and practices in conformity with international standards as ordained by Article 20 and United Nations Universal Declaration of Human Rights Article 2, 18 and the International Covenant on Civil and Political Rights (ICCPR) Article 25, 26. 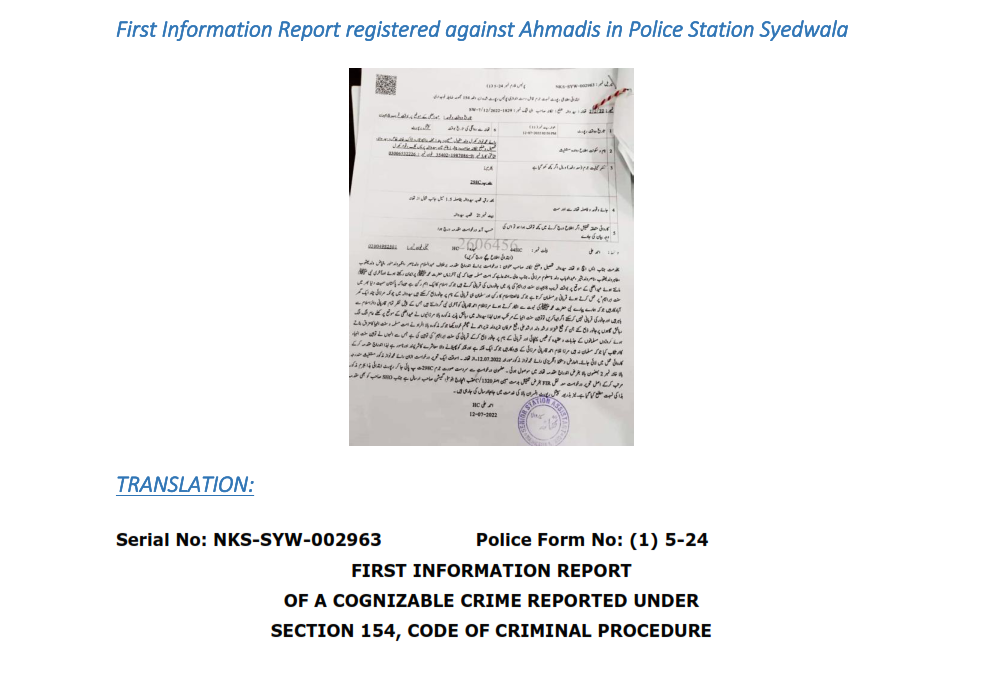 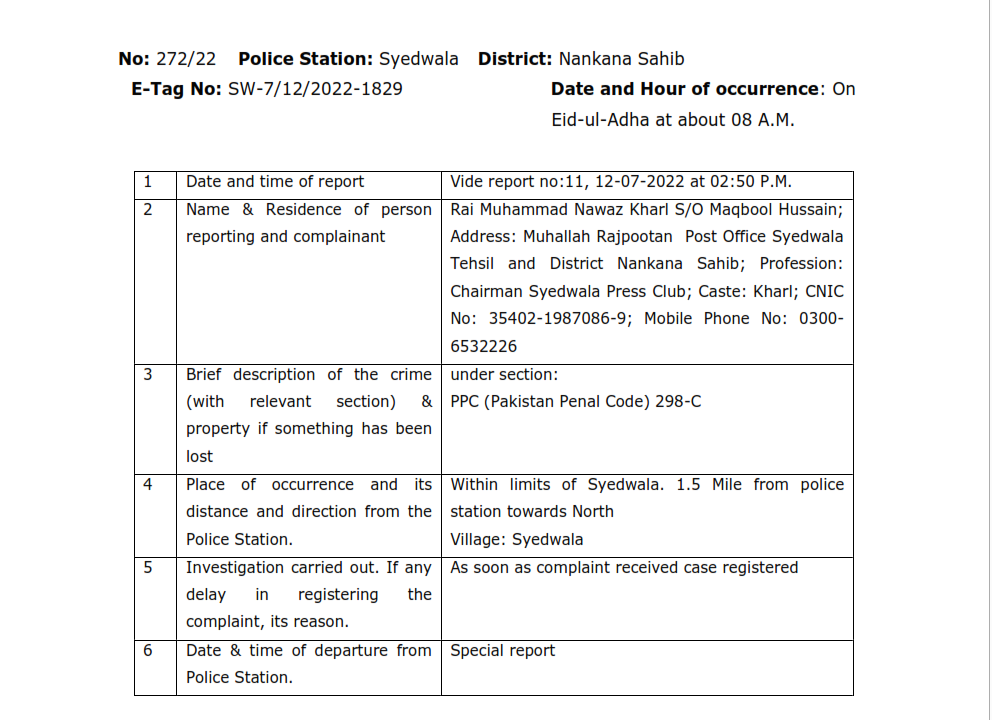 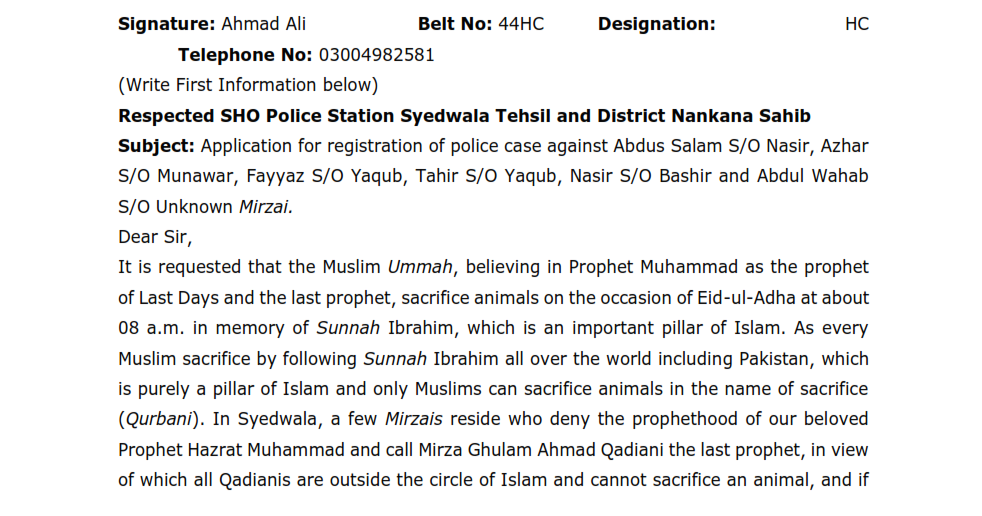 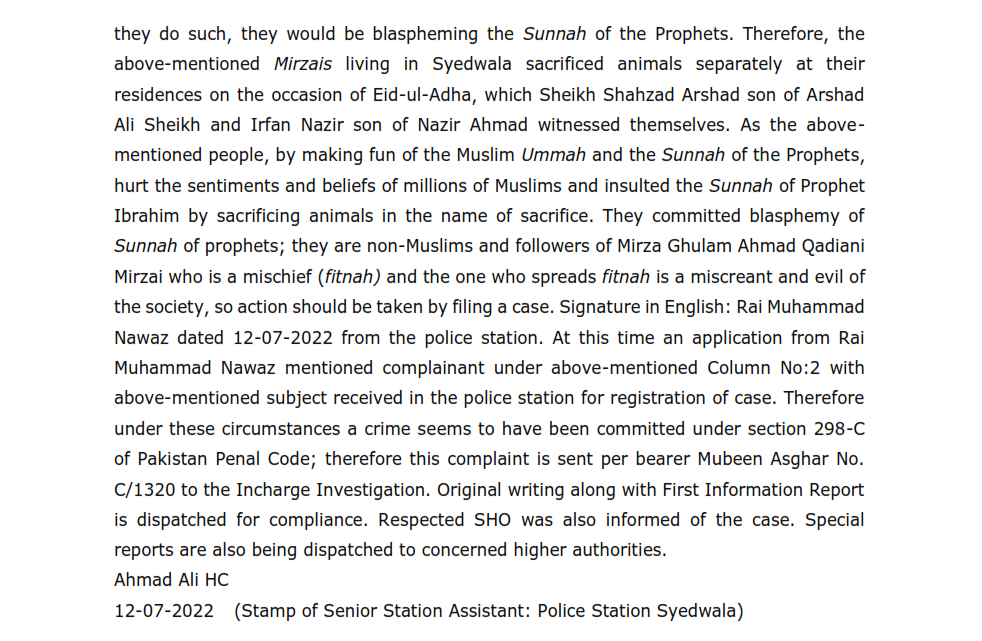 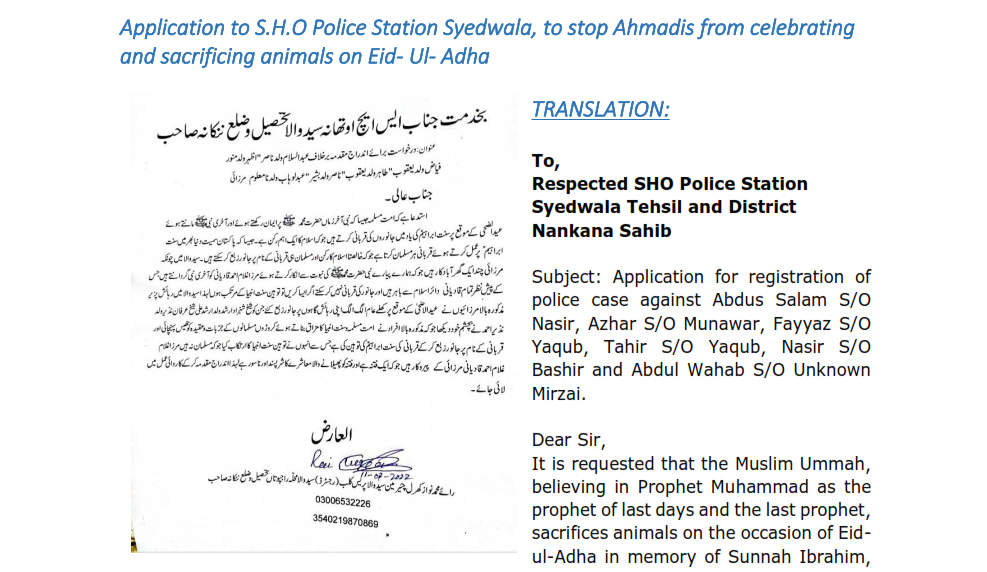 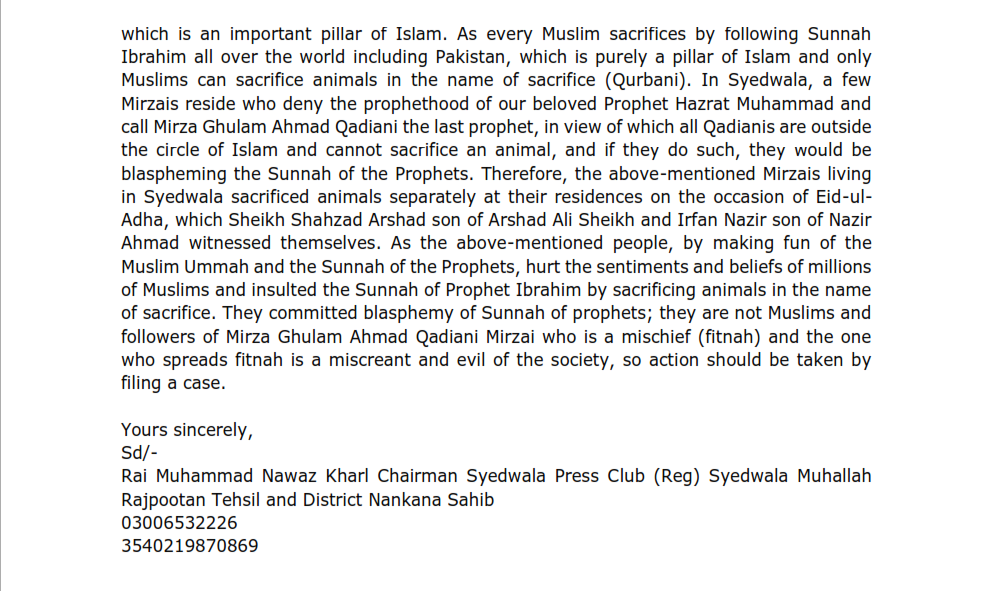