Beyond Exclusion — BC Alliance for Arts + Culture 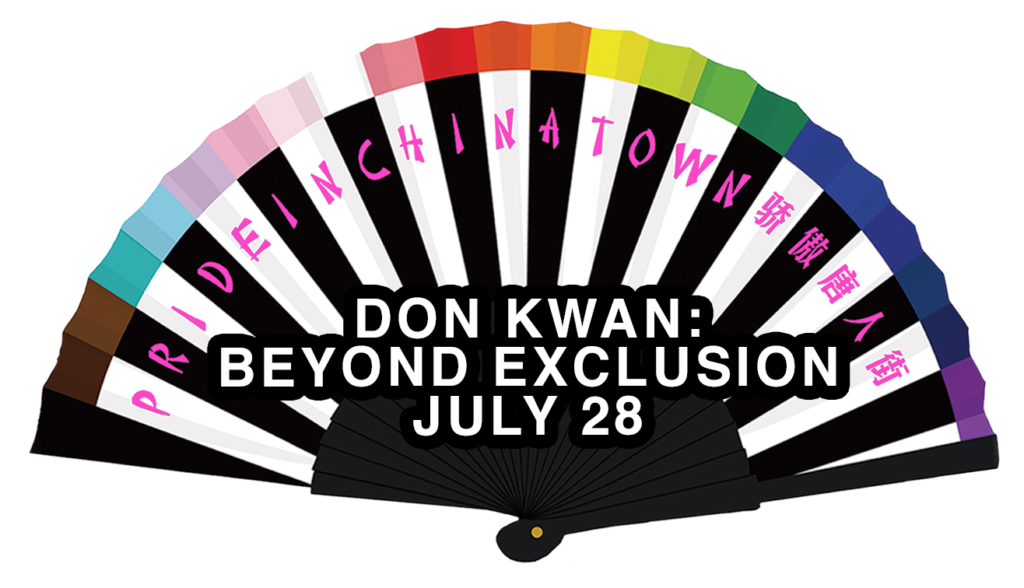 The following is excerpted from Pride in Chinatown.

Beyond Exclusion is Don Kwan’s first solo exhibition in Vancouver. Based in Ottawa, Kwan is a queer third-generation Chinese Canadian artist whose work is influenced by his upbringing in a family-owned restaurant in Ottawa’s Chinatown. He uses mixed media, found objects, and sourced personal text and photographs to explore questions of identity, belonging, and place, reflecting on his family history while weaving intriguing stories about the Chinese Canadian diaspora.

Beyond Exclusion brings together Kwan’s diverse body of work along with new site-specific installations. In the exhibition opening on July 28, Kwan will perform Altering the Flow of Exclusion to commemorate the 100th anniversary of his grandfather’s arrival in Canada from China through the port of Vancouver to Ottawa. Kwan’s brother, Edward, will host the opening as Ottawa’s legendary drag queen China Doll.

Don Kwan: Beyond Exclusion is presented by the Pride in Art Society (SUM Gallery) in collaboration with On Main Gallery and Dr. Sun Yat-Sen Classical Chinese Garden as part of the Pride in Chinatown festival. The exhibition is curated by Debbie Cheung, Mark Takeshi McGregor, and Paul Wong. Don Kwan: Beyond Exclusion is generously funded by the BC Arts Council, City of Vancouver, and Deux Mille Foundation.

Beyond Exclusion will run from July 28 to December 4 at the Dr. Sun Yat-Sen Classical Chinese Garden. To register for the free opening reception, click here.